Ok. The noise of the monastery drove us out early. We were walking in the dark and fog. 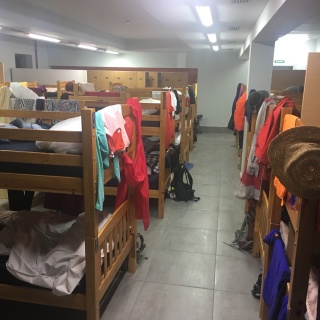 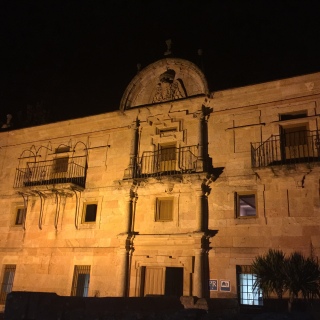 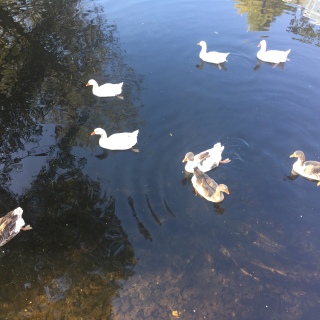 To be honest, I wasn’t feeling great. I had continued to expect (always the optimist) that I would recover from my tummy bug but after eight days and uncountable trips to the toilet or the bush -whichever was the closer, I wasn’t getting better. It was time to do something about it. We got to a bakery -a toilet and I decided I needed help. So we called a taxi and went back to the Sarria health clinic. Great service… and then a referral to the regional hospital! Hopped back into taxi and headed to Lugo. Got admitted to Emergency and was put through a battery of tests from 3pm until 11pm. Diagnosis? Gastroenteritis. Treatment? Antibiotics, stringent diet and rest.

So we are hanging out in Sarria. The antibiotics have kicked in and I’m feeling like a new person. I can’t compliment the Spanish medical system enough. They were amazing. We used a translator app and between the doctors medical English and the app we understood. The hospital was humongous.